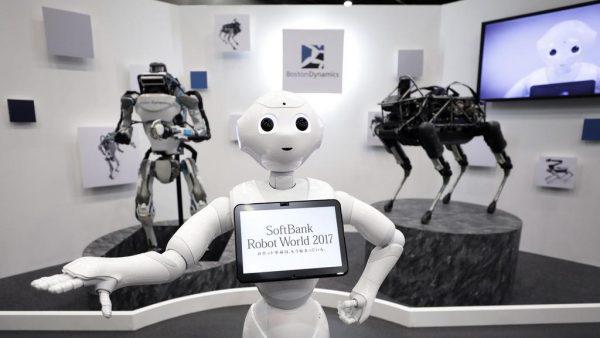 Artificial intelligence will enhance us, not replace us

Pepper the humanoid robot on display at SoftBank Robot World in Tokyo, Japan, this week. The organisers envisage a future where one trillion devices are connected to the internet and technology is integrated into humans

Pepper the humanoid robot on display at SoftBank Robot World in Tokyo, Japan, this week. The organisers envisage a future where one trillion devices are connected to the internet and technology is integrated into humans / Bloomberg

In his 1990 book The Age of Intelligent Machines, the American computer scientist and futurist Ray Kurzweil made an astonishing prediction. Working at the Massachusetts Institute of Technology (MIT) throughout the 1970s and 1980s and having seen firsthand the remarkable advances in artificial intelligence pioneered there by Marvin Minsky and others, he forecast that a computer would pass the Turing test – the test of a machine's ability to match or be indistinguishable from human intelligence – between 2020 and 2050.

Kurzweil, now Google’s head of artificial intelligence, or AI (an acronym with which we’ve all now become familiar), has subsequently refined his claim. He now says this event will happen by 2029. What’s more, in 2045 we will witness what he calls "the singularity" – the point at which human and artificial intelligences merge, leading to exponential advances in technology and human capabilities.

Exciting stuff. Or is it? While Kurzweil is famously optimistic about the effect AI will have on human lives, others aren’t so sure. Part of this stems from the fear, inculcated by a thousand sci-fi movies, that “the robots will take over” – either rendering humans functionally useless or worse, becoming our masters in a dystopian role reversal.

The truth may lie somewhere in between. But what’s increasingly clear is that AI is advancing at a rapid pace. Already, it is posing profound questions about the future of work, of society and the very nature of what it means to be human.

We can get a sense for this from current innovations. Whether it’s self-driving vehicles, devices like Amazon’s Echo that can "understand" human language, or the intelligent crunching of vast medical datasets to diagnose disease more accurately, we’re moving towards a place where all manner of tasks are automated and human error – or perhaps human judgement – is obviated.