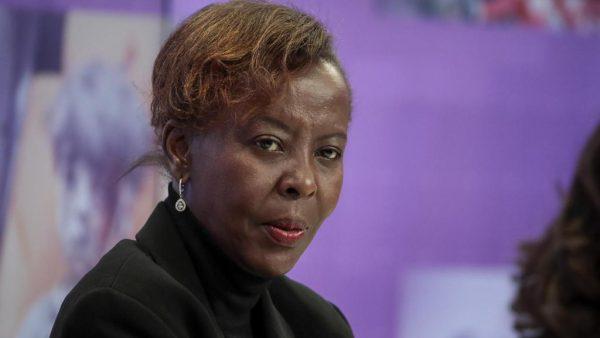 Women are closing the gender pay gap. But there’s still plenty to fight for

Rwanda's foreign minister Louise Mushikiwabo, pictured here at the World Economic Forum annual meeting in Davos, Switzerland, is one of the women making up 61 per cent of politicians in parliament

Rwanda's foreign minister Louise Mushikiwabo, pictured at the World Economic Forum annual meeting in Davos, Switzerland, is one of the women making up 64 per cent of politicians in parliament. Bloomberg

The past six months must have come as a bit of a shock to anyone labouring under the misapprehension that we were living in a world where gender no longer matters.

Not too many years ago, some at the more colourful ends of pop sociology were forecasting “the end of men” as women ostensibly surged through the ranks of academia, business and the professions, rendering clunking males obsolete as they snapped up jobs in the new knowledge economy.

It’s certainly true that women are better represented in the labour market than at any previous time in history. But the illusion that mere representation would automatically translate into genuine equality has been shattered of late by a number of separate scandals.

The sexually predatory behaviour of the Hollywood director Harvey Weinstein has prompted an astonishing outpouring of anger and calls for change. Following US film and TV star Alyssa Milano’s exhortation to expose harassment using the #MeToo slogan on social media, hundreds of actresses – and millions of ordinary women – have added their personal account of the widespread, pervasive, inappropriate and discriminatory behaviour towards women in workplaces worldwide.

And where I live and work in the United Kingdom, complaints of sexual harassment in Parliament by MPs and staff have become a major issue, leading to investigations by the main political parties and even the resignation of the defence secretary Michael Fallon. Just this week we've witnessed the anti-sleaze campaign move on to the City of London, where a men-only fundraiser, the Presidents' Club, was exposed in an undercover report for the Financial Times newspaper. Young female "hostesses" working at the event were subjected to horrifying sexualised touching and comments, leading to widespread outrage and the club's closure.