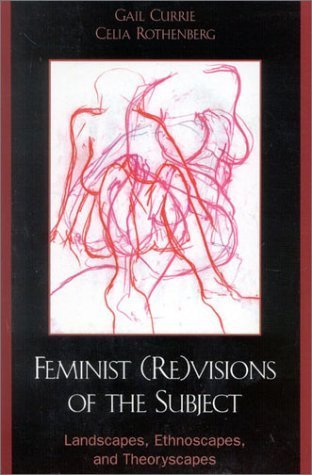 A “Masterclass” in Subjectivity

'Perhaps one of the problems with being social theorists is that we do not know how to manage a masterclass. The term is suggestive given how much discussion there has been amongst feminist theorists of the limitations for social theory for the autonomous, masculine agent, the Cartesian subject. As social theorists, we are sometimes rather like the 'master' running the class, and the occasionally beleaguered performer is our newly revisioned feminist subject. We want her, amongst other things, to be more innovative, give some evidence of resistance, and demonstrate her ability to reinvent herself at every moment. And we positively discourage certain forms of interpretation or praxis, certain ways of being a subject or imagining how to be a subject.'

Feminist (Re)visions utilizes the study of space and place-which extends through sociology, anthropology, cultural studies and area studies, historical perspectives, and philosophy-as a paradigm for cross-disciplinary inquiry. Noting that both the study of space/place and feminism are transected by the lines of spacial, conceptual, and ontological disintegration in contemporary academia, Gail Currie and Celia Rothenberg have culled a collection of writings drawn together from feminist scholars across several disciplines to address three questions: how are subjects constituted in relation to the spaces and places they occupy; how are those spaces and places in turn negotiated and transformed; and how are feminists actively constructing new visions of the female subject in the context of the postmodern academic terrain? This work sets the stage for the development of a productive feminist praxis in an academic world some fear has been relativized and depoliticized by the postmodern turn.